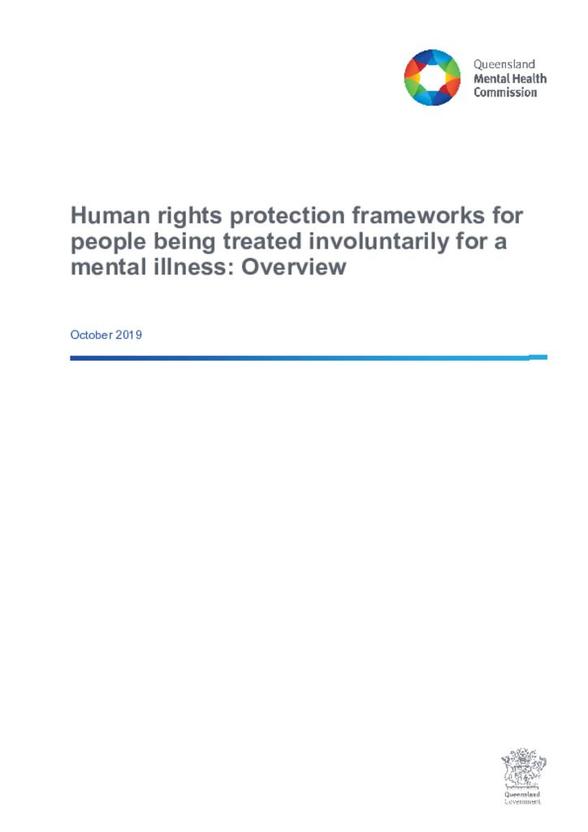 Following the introduction of the Mental Health Act 2016 in Queensland, the Commission engaged a consortium in May 2017, to research the processes provided in the Act to protect human rights for people being treated involuntarily for a mental illness.

A comprehensive approach to addressing their human rights situation requires the protection of autonomy and dignity as well as the other human rights guaranteed by the United Nations Convention on the Rights of Persons with Disabilities.

The Australian Government ratified the Convention in 2008, inclusive of an interpretive declaration that retains involuntary treatment where necessary, but only as a last resort and subject to safeguards.

The introduction of the Mental Health Act 2016 has brought important changes, prompting a need to investigate the experiences of the protection of human rights of people with lived experience under the Act.

The intent of the research was to investigate and analyse whether the Mental Health Act 2016 and its implementation went beyond a statement of patients’ rights and principles and required consideration of rights when decisions about involuntary treatment were made.

Particularly, the study was aimed at exploring the processes provided in the Mental Health Act 2016 to protect the human rights of people who receive involuntary treatment for a mental illness in hospital and community settings, from the perspective of relevant stakeholders, people with lived experience of mental illness, and carers.

Read more about the project and associated reports on our page Involuntary treatment protections.