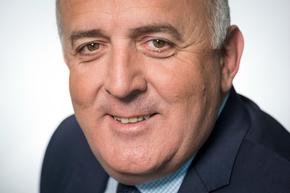 Ivan Frkovic was appointed Commissioner from 1 July 2017 and brings substantial policy, academic and patient-centred experience to the role.

He was Deputy Chief Executive Officer, National Operations for Aftercare, one of Australia’s oldest non-government mental health organisations. His responsibilities included leading Aftercare’s national operations and overseeing the development and implementation of new programs and services.

Prior to his five years with Aftercare, Ivan held senior government positions including as Director, Mental Health Programs and Reforms in the Department of Communities, where he was responsible for policy development, funding and reform of the non-government mental health sector in Queensland.

Ivan has worked extensively within the mental health system in Queensland for some 20 years, holding a number of senior positions across Government. He was also a director within the Mental Health Branch of Queensland Health where he led the Queensland Mental Health Commission Transition Team, which supported the establishment of the Commission.

While in the mental health sector, Ivan has focused on realising the benefits of strengthening partnerships and collaboration, into fully integrated relationships.

Ivan’s experience across government and non-government organisations provides valuable insight to help bring all sectors together to focus on delivering better mental health outcomes for Queenslanders.

He has made a significant contribution to community mental health through published papers and articles.

As Commissioner, he has led the development of Shifting minds, Queensland's renewed Mental Health, Alcohol and Other Drugs Strategic Plan 2018-2023.

He is also fluent in Croatian.