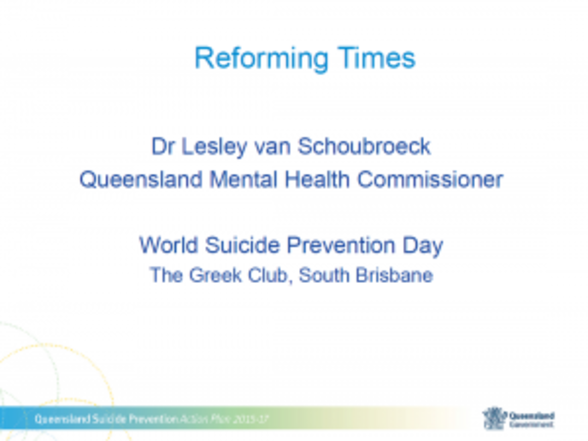 “Suicide is tragic. And it’s personal.

Approximately 650 Queenslanders lose their lives to suicide each year. Three-quarters are male.

For every suicide, at least six other people's lives are affected.

Suicide costs Australia about $17.5 billion a year, but I firmly believe we should doing something about suicide prevention because it is the right thing to do, irrespective of the economic arguments.

The Queensland Mental Health Commission is encouraging government agencies, communities and individuals to increase awareness that suicide is preventable, to change the conversation to one of hope, and to keep the focus on what can be learned from people with lived experience of suicide.”