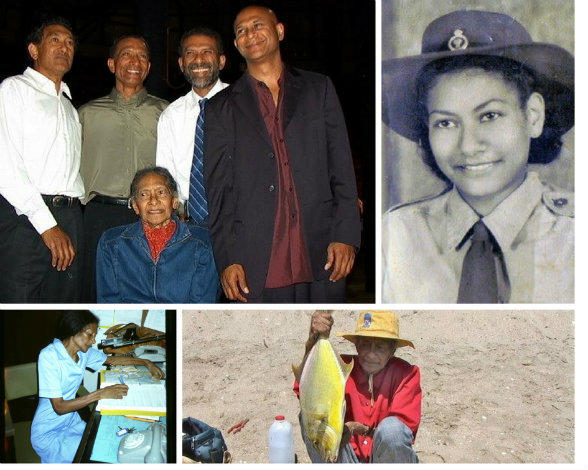 Dr Mark Wenitong’s mother, Lealon, known also as Aunty Lorna, had a way with people and a work ethic that continues to influence three generations of her family and countless members of the communities she visited in her work.

There was never a time she didn’t work, according to Dr Wenitong, Queensland Mental Health and Drug Advisory Council member, who spoke of his ‘Mum’ as a hard woman to live up to (given Mark’s position as an Indigenous health leader, we think he’s doing just fine).

“As far as mothers go, she was the matriarch in the truest sense. No one has as much knowledge as she did,” says Mark.

“Her work was ground-breaking. Yet much of it was intangible. In providing a bridge between our mob, local police and health workers, Mum was a natural advocate.”

“Mum spent a lot of time on the road as one of the first Aboriginal health workers rolling out the original sexual health program to people in remote communities, and her work greatly influenced me to go into medicine—helping address the preventable.”

At a time when speaking out for many women was not the ‘done’ thing, Lorna told her employer at the time, the Queensland Government, that Aboriginal children were not paying attention in school because of preventable deafness. Mark laments, not much has changed—but that didn’t stop her.

“She was brave not only as a woman, but as an Aboriginal woman.”

Mark recalls his Mum pulling him out of school for a trip out west. At the time, he was just happy to be out of school, but adult Mark sees the significance of this trip: a lesson by osmosis.

“Mum was advocating for Aboriginal people to vote in the referendum to amend the Constitution to allow Aborigines to be counted in the census and to vote as Aboriginal.”

At his Mum’s urging, Mark took up an offer of medical training for Indigenous students. In 1995, Mark became the third Aboriginal male to graduate from Newcastle University Medical School, with his work taking him to communities in Central Australia. By chance, he came across her handwriting in archived patient notes, reminding him of how vast her influence was.

“Being Aunty Lorna’s son saved my butt on more than a few occasions. She was incredibly well-respected within the communities.”

“She paved the way for so many of us with her hard work, wisdom and advocacy.”