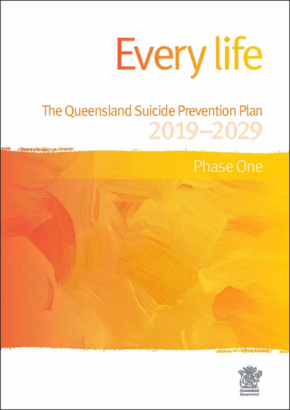 Suicide has devastating impacts on families, friends and communities. Suicide rates in Queensland and nationally have risen throughout the past 10 years, despite ongoing investment in suicide prevention.

Every life: The Queensland Suicide Prevention Plan 2019-2029 is a whole-of-government plan that provides renewed approach for suicide prevention in Queensland, as well as renewed drive and urgency to reduce suicide.

Every life: A whole-of-government plan

The Every life plan recognises suicide is preventable and emphasises the vital importance of working together to reduce suicide.

The plan acknowledges that effective suicide prevention requires responses beyond health services and must incorporate the voices of people with lived experience.

It aligns with national and international best practice, evidence and innovation.

Understanding that change will take time, Every life is a 10-year plan with three distinct phases. Each phase will be reviewed and refreshed. Phase Two and Three will be build on achievements and learnings of the previous phase.

The Every life plan sits under the Shifting minds: Queensland Mental Health, Alcohol and Other Drugs Strategic Plan 2018-2023.

Four action areas have been identified for Phase One which support the critical shifts needed to cement the foundation for ongoing reform. 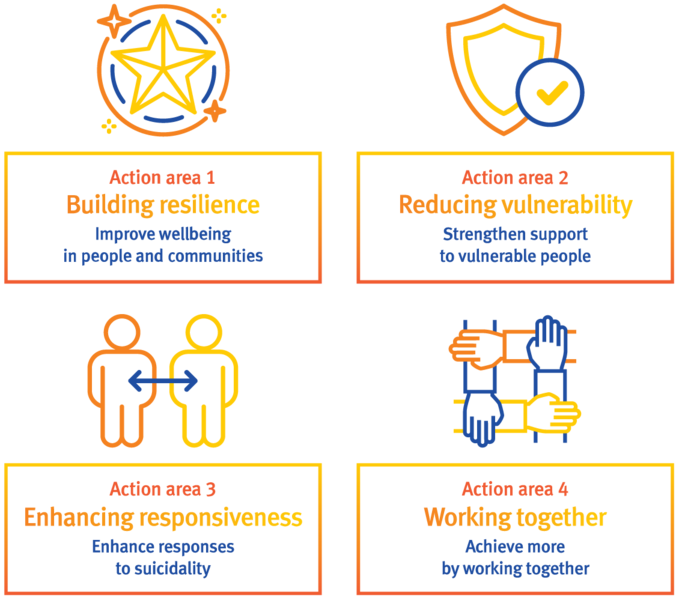 Putting the plan into action requires continued support, commitment and cooperation across all government departments and agencies, public and private sectors and the general community.

The plan’s implementation is the responsibility of all Queensland Government agencies.

Evaluation is critical for creating a stronger evidence base to drive continuous improvement in suicide prevention policy, services and programs.