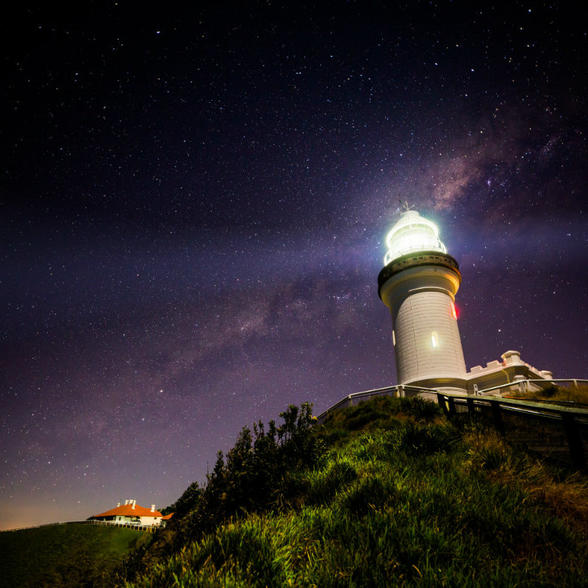 In the 19th century, ‘madhouses’, ‘lunatic asylums’ and ‘mental deficiency colonies’ were the norm, a place to shut away from society those suffering mania, melancholia or ‘moral insanity’.

Back then, mental illness was not a medical issue, but instead considered as a ‘mental disease’ of moral and religious perversion (literally the embodiment of evil), requiring corrective moral discipline.

Viewed through the lens of more than a century of reform, this sketch of 19th century (and in some appalling cases, 20th century) mental institutions, philosophy and treatment, horrifies us.

So what will they think of us in one hundred years?

Breaking down the walls

Thanks to significant progress over the last 50 years in particular, today’s mental health landscape is light years away from that inhumane 19th century system.

A shift away from large stand-alone psychiatric hospitals; de-institutionalisation; increased recognition of human rights; the rise of the consumer and carer movement; greater focus on early intervention, prevention and community supports; advances in pharmacology and therapy; creation of the peer workforce; addressing stigma; harm minimisation and recovery-oriented practice: each of these on their own is a momentous, headland reform.

Collectively, they have transformed the way we think about mental illness and alcohol and other drug care and treatment, and how we design, commission and deliver services. Without the steadfast leadership of consumers, carers, governments and other mental health reformers, it is unlikely we would have achieved nearly as much.

These reforms were the bedrock on which other reforms could be built.

In the early 1990s, Australia led the world by articulating a national mental health policy to realise and drive those reforms. The National Mental Health Strategy (1992) was our first opportunity to coordinate mental health policy and planning under a single national framework, a responsibility previously undertaken separately by the states and territories.

In the 25 plus years since, there have been five national mental health plans, at least six national drug strategies, legislative reform, numerous state and territory policies and plans, evaluations, reviews and inquiries, and a significant increase in investment.

A great deal has been achieved, including many positive changes, and we must acknowledge and remember that. So is the job of reform finished? We may have long since broken down the bricks and mortar of those monstrous asylums, but there are more walls yet to break down.

As the Queensland Mental Health Commissioner, I am privileged to hear the insight and diverse perspectives of people with lived experience, their families and carers, and right across government, non-government, private sector and the community.

One thing is clear from all perspectives: we need to have an honest and open conversation about the state of the sector, where we are at, and where we are going.

I want to challenge the system, I want to shake it, re-shape and improve it. Don’t get me wrong—while I think the system can perform better, I do not think it is broken. I acknowledge the hard work, commitment and leadership by many good people achieving positive change, and the many examples of good practice.

We have very solid foundations, but we still have further to go and more to do to consolidate reforms and keep improving our mental health, and alcohol and other drug (MHAOD) system. Even the concept of a ‘system’ is erroneous, as it infers we have a cohesive system that is planned, integrated, coordinated and connected.

Consumers, and those working in the system, tell us in reality it is a tangled network of siloed services across public, private and NGO sectors that is difficult, if not impossible to navigate. Those in need consistently have unmet needs (or needs met too late), or simply fall through the cracks.
Apart from the well-documented human and social cost, there is the opportunity cost and underlying ‘inflation’ of an under-performing system.

In 2014–15, national expenditure on mental health-related services was estimated at $8.5 billion, or $361 per person [1].  In total, it is estimated Australia spends up to $28.6 billion per annum in direct and indirect costs [2]. When you add on the almost $12 billion per year it costs Australian businesses in absenteeism, reduced work performance, increased turnover rates and compensation claims [3], the costs approach the $40 billion mark, or more than two per cent of our national gross domestic product [4].

The argument has been well made by others that our MHAOD spend is not well balanced, with too much emphasis on acute care (itself an indicator of system failure), prioritising activity and output over consumer outcomes. Despite vast expenditure, tremendous expertise and goodwill, there is a growing misalignment between investment, reform and outcomes.

Our current response is struggling to keep up with existing rates of mental illness, problematic alcohol and other drug use, and the impact of suicide, without even beginning to contemplate future needs. Add to this new pressure points in the system, such as the increasing harm of crystal methamphetamine (ice) use on individuals, their families and communities. Even though funding is increasing in this area, right at this instant, people with problematic alcohol and other drug use struggle to access rehabilitation services, while a considerable share is spent on law enforcement.

Within an environment of finite resources, competing priorities, and changing population, the gap between need and available support will only widen. The system as we know it is unsustainable.

So what would the view be like if we envision new headland reforms? We know we have the skills, capacity and drive to bring about great, momentous change, but where do we start?

Throughout 2017, the Queensland Mental Health Commission asked stakeholders across Queensland to shed light on a renewed mental health, drug and alcohol strategic plan. While many of the issues and experiences we heard were not new, each was profound.

We asked what was working well in the system, and what wasn’t, and where to refocus our efforts to have greatest impact. Time and again stakeholders called for:

From the input provided, the evidence and data available, and feedback from thinkers and leaders in the sector, the core of our renewed strategy must be built around system and services reform, population mental health, and better addressing problematic alcohol and other drug use, and suicide.

We need to maximise the flexible and effective use of our funds, human resources and infrastructure so we can deliver tangible outcomes.

However, our challenge is not only about improving MHAOD treatment and rehabilitation services. If we are to make real strides forward we must have buy-in across the whole community, from local councils, schools and workplaces, to our housing providers and law enforcement agencies.

The time is ripe for change to transcend and transform the current system into a 21st century vision of the MHAOD system. Reform is revolution. It is big, momentous change, but in reality it takes time and sustained effort over a long period to bear fruit.

It is clear that access to high quality inpatient and community clinical services, community and residential psychosocial support services, housing and employment is the bedrock for 21st century MHAOD reforms.

We need to be brave enough to break down walls and push the agenda beyond the health and social services sectors to reach and gain commitment across government, non-government, private sector and community. No one can achieve reform standing alone.

Ultimately our vision is a society where all people, including those living with mental illness or experiencing alcohol and other drug problems, can lead healthy, fulfilling and productive lives.

To achieve this we need to be prepared to go the distance. It will not be easy, but it will be worth it. Only then can we build a system that truly breaks free of outdated models and constraints, and upon which future generations will look back, with pride.