Deaths of children and young people in Queensland 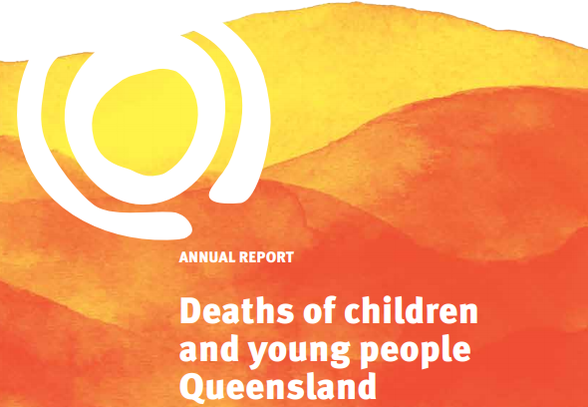 The Queensland Family and Child Commission (QFCC) has released its annual child death register report, showing a concerning and tragic rise in suicide by children and young people.

There were 37 suicides by children and young people in Queensland in the financial year 2018-19. This is the highest recorded number since the register began in 2004, with the large majority of suicides occurring among young people aged 15 years and older.

The QFCC statistics are concerning and warrant full attention, but it’s important to note that suicide rates fluctuate significantly from year to year, and the data at this time does not indicate a trend in suicide among young people.

The report found suicidal behaviours in young people were often not the result of a single cause, with multiple stressors and adverse life experiences present. Most suicides could not be predicted.

State Parliament has moved to establish an independent Child Death Review Board to conduct systemic reviews of child deaths.

Child Safety and the Director of Child Protection Litigation are already required to conduct internal systems reviews where they’ve had involvement with a child who has died or suffered a serious physical injury.

The requirement will now be expanded to health, education, community, and justice services that support vulnerable children and families.

Queensland is working towards halving the suicide rate by 2026.

The Commission continues to work with the QFCC and a broad range of government and community agencies and stakeholders to implement the Every life suicide prevention plan.

The plan includes initiatives specific to young people at risk of suicide.

The Queensland Government invested $80.1 million to combat suicide in the 2019-20 Budget.