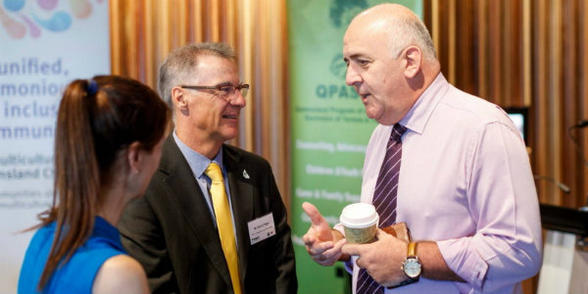 I am encouraged to see mental health, alcohol and other drugs, and suicide prevention getting greater attention at the political level.

In the past month, numerous Members of State Parliament participated in informational sessions from the Commission about the mental health, AOD and suicide prevention systems in Queensland. The Minister for Health and the Minister for Police were among the many parliamentarians from both sides of the house who attended.  Their collective support of system reform will be invaluable as we continue to develop the renewed Strategic Plan for Queensland, which is on track for release later this year.

Funding of $338 million over four years announced in the Federal Budget is welcome, particularly funding for suicide prevention, older people, and mental health research. Further consideration is needed, particularly at the Federal level, about ongoing support for people with psychosocial disability who do not qualify for the NDIS, and whose current mental health supports are being cashed-out into the NDIS.

Of course, sourcing additional funding is only one part of the reform equation—we need to make sure we are spending wisely, and delivering the right kinds of services, at the right time and in the right place. This is why we are spending time now to sharpen our reform priorities under the Strategic Plan and build consensus around them—to make sure each investment dollar counts.

I’ve been following closely the recent Drug Law Reform report by the Victorian Parliament, and the pill testing trial in the ACT—both of which had a single theme at their core: keeping people safe.

Importantly, the Parliamentary Committee Chair, Geoff Howard MP made it clear that “a reorientation to a health-based framework does not suggest going soft on crime. Rather it emphasises that law enforcement responses to illicit drug use should focus on trafficking and criminal behaviour arising from use, while people apprehended solely for use and personal possession be directed to a range of treatment and support options”.

The pill testing trial at the ACT’s Groovin the Moo festival found at least one deadly substance and paint in the drugs submitted for testing. Pill testers also found some new drugs in circulation, which was useful information for both health practitioners and police. Full results of the trial are yet to be published, but it poses a question to all of us: how do we keep our children safe?

Their diverse experience adds further credibility and expertise to the Council, and on behalf of Commission staff and myself, we look forward to working with you on the reform vision and agenda.

View other news related to these topics:
Alcohol & other drugs
Early intervention