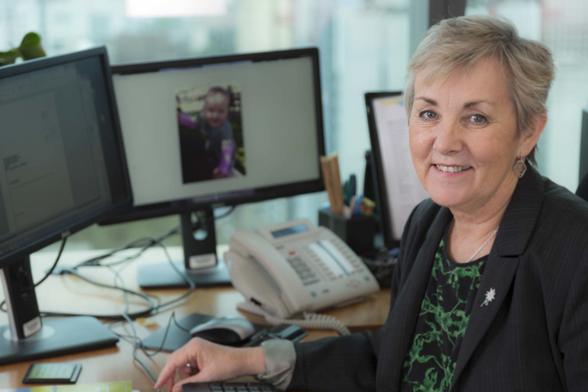 It’s been a while.

1969 I started teaching, that makes almost 48 years working in the public sector, with a bit of time off to have children in the 1980s and another break in 2007 to go back to study.

So that is almost half a century spanning Queensland and Western Australia, spanning classroom teaching, research, policy advice to Governments of all flavours, across most of the human services agencies.

The common thread, and one that I hope is there for most public servants, is not the tussles with complex policy problems, not the fights for equality of opportunity, not even the highs of major system reforms that can come to fruition long after the initiators have moved on.

The common thread is knowing I have made an impact on the lives of individual people—it is the faces and names of individuals who I have had the privilege of working with. All it takes is a belief that the public service is there for the public good and some need our help more than others.

In the public service, it is easy to think of our achievements in terms of policies written, of services funded, of performance indicators reported.

There are times when it seems that font shape and font size are the only things that matter.

So it is important to have names and faces to know our time was worthwhile.

The teenage girl with tears in her eyes and all you can do as her maths teacher is give her a safe place to spend the day before she goes home again to a difficult situation.

The young lad who thought he was dumb until he topped the science test because I read the questions—he couldn’t read but he knew his science!

The young public servants who decided to go into teaching or legal aid because they wanted to help people more than they sought a job with a nice office.

Bright aspiring leaders promoted early, only to be cut down by former mentors who suddenly became competitors.

A coffee for experienced leaders dismissed without thanks and without reason, and ostracised by former colleagues.

None of these things are on our CVs.

And it is the unwritten reason why I believe we need to retain a strong and proud, frank and fearless public service.

In my four years in the Mental Health Commission, many of our achievements have been quietly won:

The conversation has changed, and we should take some credit for this. Many Queenslanders now talk about the importance of including and respecting people with lived experience, and increasingly people understand this means lived experience of mental illness, of suicide or problematic use of alcohol and other drugs.

We have been through a very independent review—it determined that we have done a commendable job in challenging circumstances.

So I am content to leave this role, knowing that the Government cannot retreat from its promise to provide redress to the women who survived their teenage years in Wolston Park; and perhaps it’s best to go with a credibility rating of 74% because it will be very hard to go higher if we keep a broad stakeholder base.

We have not met all the expectations of our stakeholders. That would have been impossible. But we have had a good go at meeting a lot and I wish you all well as you move forward.

Finally I would like to acknowledge the Hon Lawrence Springborg MP and the Hon Cameron Dick MP for their support for the Commission over the last four years.