More than half of Australians will experience trauma, most before they turn 17. We need to talk about it 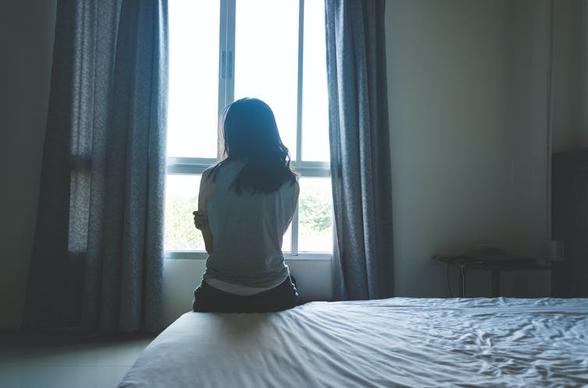 The subject of trauma has finally found a place in public discourse in Australia. A University of Notre Dame expert writing for The Conversation explains why understanding the role trauma plays is essential for developing prevention and response strategies.

When I began researching the transmission of transgenerational trauma and literary trauma testimony in 2010, I rarely encountered the word “trauma” in the media and national conversation.

Trauma as a concept mostly only preoccupied trauma studies researchers, trauma-educated survivors, and those working on trauma’s front lines, such as mental health professionals.

Now, for the first time in Australian history, trauma is trending in the wider public discourse.

Brittany Higgins’ rape allegation and the historic rape allegation against Christian Porter have ignited a firestorm of discussion about sexual assault. A Royal Commission into veteran suicide is expected to highlight veteran post-traumatic stress disorder. Seven Indigenous Australians have died in custody since the start of March. And we’re finally naming trauma when we talk about these kind of crimes and realities.

But what, exactly, is trauma? What does this shift in public consciousness mean, and where is it taking us?

The English word “trauma” comes from the Greek word for “wound”: traumatikos, which referred to physical injury. Western conceptualisation of psychological trauma is relatively recent, with understanding progressing since the explosion of interest in the origins of “neurosis” toward the end of the 19th century.

Trauma occurs when the psyche fails to register and process an experience because it happens too fast or too forcefully, overwhelming the thinking brain and the nervous system.

It is closely related to, but distinguished from, stress and distress. Crucially, traumatic experience alters brain function.

Elizabeth Stanley, Associate Professor of Security Studies at Georgetown University, offers a pithy description of the difference in her mindfulness-based mind fitness training. She explains stress becomes trauma when a threatening experience exceeds an individual’s stress capacity threshold in the context of perception of powerlessness or a lack of agency, and that stress arousal is not able to be regulated so the body can return to a state of balance.

This process is not fully conscious or subject to conscious control. Traumatic experience reverberates as if the event is not over, and emotional dysregulation and other symptoms can appear long after the disturbing event has ended. There is growing evidence trauma can be transmitted.

Judith Herman, author of the seminal Trauma and Recovery: The Aftermath of Violence — From Domestic Abuse to Political Terror, coined the term Complex Post-traumatic Stress Disorder. CPSTD is a more pernicious form of PTSD resulting from chronic trauma and childhood trauma. Shame is a distinctive driver, along with dissociative symptoms and interpersonal instability.

The Australian Institute of Health and Welfare reports that 57-75% of Australians will experience a traumatic event in their lifetime, and 62-68% of young people have experienced at least one event by age 17.

There is less data on CPTSD, but US researchers Cloitre et al. estimated a CPTSD community rate of between 0.5%-3.8% in 2019. Michael Salter and Heather Hall note that

‘Trauma exposure and CPSTD are not equally distributed throughout the community and are inextricably linked to social problems including gender inequality, racism, and poverty.’

What we’re getting right

Shame and confusion around trauma have led to individual and collective denial, silence and stigmatisation.

I’ve lost count of the number of times someone confided that their father or grandfather served in a war, never to speak of it despite bearing life-long psychic scars.

Silence does not stop trauma from transmitting and adversely affecting others; indeed, silence, shame, and secrecy make it more likely. Herman maintains there are three stages of recovery. The first centres on trauma identification and information, the second on remembrance and mourning, and the third on reconnection. Sufficient safety and support are necessary for all three stages.

Growing awareness, open dialogue, and shame-reduction around trauma is a desirable evolution toward comprehending the plight of people with post-traumatic conditions and associated mental illness.

Not all trauma is preventable, but much of it is. In my book, Traumata, I argue patriarchy perpetuates trauma and we need to come to terms with the collective “endemic traumata” of a society birthed by male dominance and white supremacy to achieve social justice and equity.

The link between trauma and social justice has been foregrounded over the past five years, aided by movements like #MeToo and #BLM, and the rise of climate justice activism.

Understanding the role trauma plays is essential for developing both prevention and response strategies. In the past few months, a domino of allegations, op-eds, and tweets have testified to widespread sexual assault.

Headlines stream gendered and family violence, fuelled by what writer Jess Hill calls “humiliated fury”. There is justifiable outrage in Aboriginal and Torres Strait Islander communities at the apparent apathy demonstrated by leadership and non-Indigenous Australians in the face of escalating Aboriginal deaths in custody. Youth suicide in Aboriginal communities is skyrocketing. Trauma is all around us, and we increasingly see it for what it is.

What we’re getting wrong

Trauma is still frequently misconstrued and misrepresented. Misunderstandings circulate due to a lack of trauma education and specious social conditioning. The media has an ethical responsibility to produce trauma-informed reportage and commentary, as Michael Salter and I have argued.

Trauma is also sometimes evoked in problematic ways. When Prime Minister Scott Morrison bemoaned his “traumatic month” after being confronted with a series of parliamentary-related rape and sexual misconduct allegations, he was lambasted as inaccurate and tone-deaf. Privilege does not preclude trauma. But paying lip service and trivialising trauma from a position of power is not helpful.

Many people associate trauma solely with catastrophic events like war, but research indicates that “insidious trauma” can be as detrimental.

Racial trauma tends to be repetitive and multigenerational, perpetrated by genocide, police brutality, and hate crimes. It can also be covertly perpetrated by veiled racism, minimisation, discrimination, microaggressions, and indifference. In racially structured societies like Australia’s settler-colonial nation-state, it is normalised and ubiquitous such that white people often fail to recognise it.

Commentators should not use the acknowledgement of the profound trauma burdens some communities bear to downplay the culpability of others, as Associate Professor Chelsea Watego’s response to Esther McKay on a recent episode of The Drum makes clear.

Where to from here?

As the first order of priority, trauma survivors, especially those with CPTSD, need more equitable and long-term access to appropriate therapeutic support. And traumatising actors and institutions must be held to account, whatever sector of society they occupy.

A better understanding of the effects of intergenerational trauma is critical. In Trauma Trails, Jiman/Bundjalung trauma expert Judy Atkinson outlines how the transgenerational trauma introduced by colonialism feeds into and out of family, community, substance abuse, crime and poverty.

In my monograph, I call the autonomous force of structural trauma “cyclical haunting.” We must reckon with and tackle the social and transgenerational operations of trauma by paying attention to persistent, patterned, deeply rooted injustices and damaging attitudes and practices.

Governments should be educated about trauma. We urgently require leadership capable of examining the causes of trauma and enacting change so that we might live in a less traumatised, less suffering world.

This article is republished from The Conversation under a Creative Commons license. View the original article here. This article reflects the views of the author. Re-published articles do not necessarily reflect the views of the Commission, but are shared here to promote and raise awareness of the complex nature of issues surrounding mental health, alcohol and other drug use, and suicide.